Tutorials, workshops, social gatherings, talks, keynotes, networking, and more… we can’t wait to attend the festival that is Agile Testing Days USA this June in Boston. It is always invigorating and inspiring to exchange ideas and meet pioneers in Agile testing. We were also so excited to see such a diverse group of speakers, from all over the world, with almost half of them being women. While we look forward to all of the different aspects of the event, here are five sessions we’ve already marked on our calendars.

Testing as Part of the Team Culture

By one of our fellow Uruguayan testing community members (and TestingUY organizers, the largest testing conference in South America), we’re highly anticipating this session because something we feel very strongly about at Abstracta is bringing testing out of its silo and sharing the responsibility for quality among all team members. She will share from a six year period that covered eight major releases, what her interdisciplinary team has learned from the testing perspective and how they built a strong team culture outside of testing.

Owning Our Own Narrative

“Let’s redefine what it means to shift left.”

Good ‘ol “shift-left,” our favorite, recent term in the testing and dev world. Angie Jones, a consulting automation engineer, wants to explore how to climb out of the box that we testers have been placed into and redefine what it means to shift left – from our perspective.

As an aside, check out this documentary about how she is also changing the narrative on women of color in tech by salon giant, John Frieda!

DevOps Challenge: Why and How to Test 100 Builds per Day

“The new role of a tester thanks to DevOps: Learn from production failures and automate their detection in the delivery pipeline.”

While the tester’s role and testing are critical for the success of DevOps, the tester’s objective changes—from finding more defects to understanding the patterns that make deployments fail. Grabner will explain which technical metrics—# of SQLs, # Memory Allocations, # of Service Calls—to capture while testing in order to identify bad coding and architectural patterns earlier. This will be a great session because, in the DevOps world, it no longer matters how many tests we create, execute, and problems we report; the most valuable outcome is the success rate of our team’s deliverables.

“As your number of tests grow, they often become messy and unreliable. Keep your tests lean so they always deliver value.”

As automation enthusiasts, we know at Abstracta that sometimes automation efforts can get out of hand seemingly overnight and we lose confidence in them. That’s why we are looking forward to hearing Meaghan present methods that you can use to keep your automated test suites lean and mean so that they will always provide quick and accurate feedback to the team. She’ll discuss ideas such as evaluating a test’s value over time, parallelizing tests, and tips on eliminating the typical flakiness that gets associated with UI tests.

“Performance Testing in CI is a must. If you are looking to invest effort and money in it, you’ll better take certain things into account from day one.”

Oh hey, this presenter looks familiar! Our co-founder, Federico Toledo, will address all the nuances of performance testing in CI, which we believe is a must. If you are looking to invest effort and money in it, you’ll better take certain things into account from day one. He’ll share his experience and lessons learned from working with different teams in charge of maintaining tests (for example, with our client, Shutterfly) and the infrastructure for CI focused on the performance testing tasks.

Of course these are just some of the sessions we won’t be missing during Agile Testing Days USA 2018.

Are you going? Let’s nerd out on agile testing together before or at the event! Leave us a message so we can connect.

Yoda’s the Way of the Jedi Tester: a Guide for Agile Testing
Kanban for Software Testing Teams 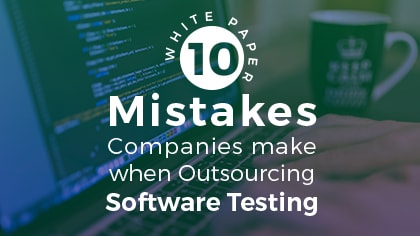 Outsourcing Software Testing Do’s and Don’ts With software testing accounting for 35% of IT budgets in 2015 (according to the World Quality report 2015-2016), it’s clear that managers are looking to maximize their test spend, making the most of each dollar by testing as efficiently and… 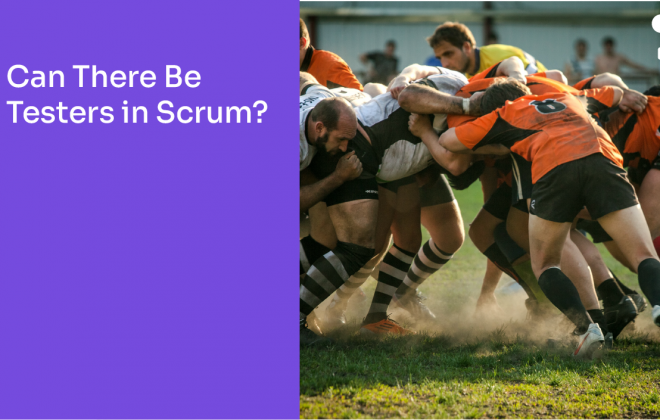 Can There Be Testers in Scrum?

Scrum is an invaluable framework for integrating quality into product development and creating agile teams. How do testers fit into all this? Let’s dig deeper into this article by Federico Toledo, featuring Gabriel Ledesma. By Federico Toledo There is no doubt that Scrum is one…