Blog > Software Testing > What Is and Isn’t a Scrum Master? 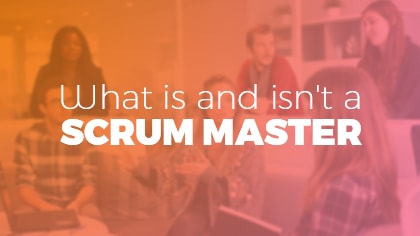 What Is and Isn’t a Scrum Master?

Demystifying the role of the Scrum Master

Scrum can be difficult to understand for those accustomed to more traditional software development processes. The lack of hierarchies, the possibility of the team having to manage itself, estimates with story points, etc are all new things that go against the way of working to which many are accustomed. Perhaps one of the most complicated things to understand is that it proposes breaking hierarchies. Without having Project Managers that function as “bosses,” there are no intermediate positions, nor someone telling anyone how to work. Many people tend to imagine the roles of Product Owner and Scrum Master in a hierarchy that places them as superior to the team, with the power to make irrefutable decisions and the authority to punish those team members who are not working “properly.” But as we will see in this post, that is not even close to reality.

Ever since I started learning about Scrum, it seemed to me that the responsibilities of the Product Owner were easier to understand because the definition is always quite precise and it is easily mapped to other traditional roles because of its similarities to them.

However, I do not think there is a phrase or set of definitions that can easily define what a Scrum Master is. In trying to understand the Scrum Master’s purpose, his or her role is usually imagined as one that is in charge of many more things than what he or she actually does. It is a different role to everything we are typically used to and the best way to understand it is simply over time. I think that’s how I came to understand what it is, and in this post, I would like to convey what I have interpreted it to be.

By misunderstanding what the real responsibility of a Scrum Master is, certain myths are created, or false definitions and theories while trying to define it. Here are some of those “myths” and a justification for why they are far from the ideal Scrum Master profile:

Myths About the Role of the Scrum Master

Not only do both roles do completely different things, but generally a Project Manager has a hierarchical role above the team, something that is not true of a Scrum Master. I do not see that there is an equivalent in traditional methodologies, but perhaps it would be the closest thing to a consultant who analyzes and makes suggestions, but doesn’t give out orders to peers.

#2 “The Scrum Master Role is Above the Team”

As I said in the previous point, the Scrum Master is not a Project Manager nor does this person have a “higher” position than the rest of the team although a lot of people tend to think of it this way. Maybe it’s because they are looking for a boss inside Scrum, when in fact there is none. The teams are self-managed and decide how they are going to work and what rules (in addition to those imposed by Scrum) will be established.

This would be like comparing a Software Architect against a Software Quality Assurance Manager in a traditional methodology. In which case, which is more important?

In this example, both roles perform different functions and have different responsibilities and the same thing goes for the Scrum Master and the Product Owner. Briefly, the former ensures that the equipment and the process work as well as possible, that things flow, without bottlenecks and roadblocks. Meanwhile, the latter, the Product Owner (PO) has a similar responsibility but focuses on the product, that is, he or she is responsible for it being as close as possible to what the client wants and he or she is the one who prioritizes and orders the requirements that the client requests.

Understanding these differences, why would the Scrum Master figure be less important? Is not the process and equipment as important as the product? It is true that many teams actually decide not to include the role of the Scrum Master, but in these cases, these teams generally have a certain level of maturity, cohesion and proactivity such that the responsibilities of the Scrum Master are “diluted” within the team. Therefore, it’s not considered necessary to have a single individual who oversees them.

I do not think there is an absolute truth regarding this point as it’s very relative and based on each situation, since it goes hand in hand with the maturity of the team. As I mentioned before, there may be teams in which the members are in charge of fulfilling certain guidelines that are required of the role of Scrum Master, but there is also the opposite, a team in which Scrum is virtually unknown, with no previous experience working as a team and lacks the proactivity necessary to perform certain tasks or have certain attitudes. In this case, it is essential to have a full-time Scrum Master (Some people call this person the “Scrum mom” because he or she seems like a mother who is behind the team all the time!).

I think that in between the two extremes, the necessity of having a full-time Scrum Master varies.

#5 “The Scrum Master’s Ideas Are Always Accepted and Implemented”

Previously, I said that the Scrum Master has no authority over the team. This is true. He or she simply suggests, asks the right questions, makes others reflect, and mediates between individuals. While a good Scrum Master should be able to understand the team and suggest ideas that are well-received, it is not necessarily all the time that way. Sometimes, this person’s ideas may be taken into account but not accepted by the team.

So Then, What Does it Mean to Be a Scrum Master?

Well, if the above statements/myths are incorrect, then what does it mean to be a Scrum Master? In response, I would like to raise five points that I believe approximate the Scrum Master definition:

#1 Scrum Masters Are Helpful to Their Team

In opposition to the traditional Project Manager or Leader in more traditional methodologies, a Scrum Master should serve the team, not the other way around. This person must be paying attention at all times to the concerns of the team and suggest solutions to remedy any pains that appear.

If the team agreed that in each sprint, task X was to be performed by all, the Scrum Master should ensure that the team does not leave this task behind along the way, and if it is, he or she should encourage the team members to specify it.

A Scrum Master is not a Project Manager, so this person does not have expected goals for each of the team members and is not considered successful only when they have done a good job. So, one way of realizing whether or not their work is productive and bears fruit is that the team has used its impulses and has learned how to manage itself. This means that the degree of maturity within the team increases, and it is less and less dependent on the Scrum Master to carry out the work process.

This phrase habitually appears within the classic definition of a Scrum Master and there is really not much else to add. In addition to all the characteristics required of a Scrum Master, it is also important for him or her to know and truly trust Scrum as a good framework in order to properly convey their knowledge and help implement it.

It is clear that understanding what a Scrum Master is can bring confusion; there may not be a single definition to explain it and everyone can interpret it differently. 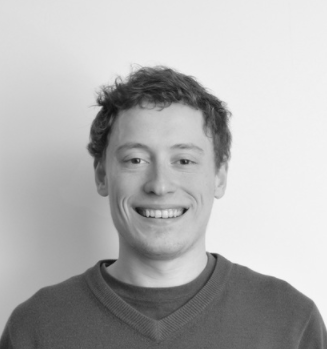 As I see it, “Scrum Master” is more of an attitude than a role. Nicolás Darriulat Click to tweet

There are a set of principles that a person may or may not have, depending on the personality they have. It is not necessarily so much a role that is awarded to an individual so they become the Scrum Master. It seems to me that a person can have the assigned role, but not have the skills as well as there may be someone who is not “officially declared” Scrum Master of a team, and yet this person has the proactive and motivated attitude that moves the team forward which is always much needed.

By bringing this to light, many people come to my mind who perfectly fit this profile and working with them has served me to understand what it is like to be a Scrum Master. You may be reading this article and imagine people you know who fulfill these characteristics and maybe they are Scrum Masters without even knowing it, as no one has ever formally called them that.

In my opinion, I think that more important than determining how many hours a Scrum Master has to work is having one, two, or N people inside the team (the more the better) with this proactive attitude and the energy needed to make the team work the best it can while it learns how to manage itself.

What do you think it means to be a Scrum Master?

Yoda’s ‘The Way of the Jedi Tester’: A Guide for Agile Testing
Best Testing Practices for Agile Teams: The Automation Pyramid 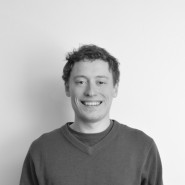