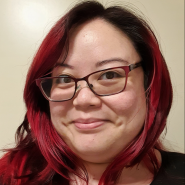 Nicole van der Hoeven has been a performance testing consultant for over a decade, helping companies all over the world prepare applications and teams to withstand both expected load and the irrationality of viral traffic. She's Filipino, Australian, and Dutch, and currently lives in the Netherlands. She firmly believes that if you're not a noob at something, you're just not learning enough. Nicole is currently a Developer Advocate at k6.io.

An End-to-End Guide of Load Testing

From planning to analysis and reporting, here’s what to know before you run your first load test If you have a public-facing web application, the odds are you…