Blog > Mobile Testing > How to Test a Mobile App: A Beginner’s Guide 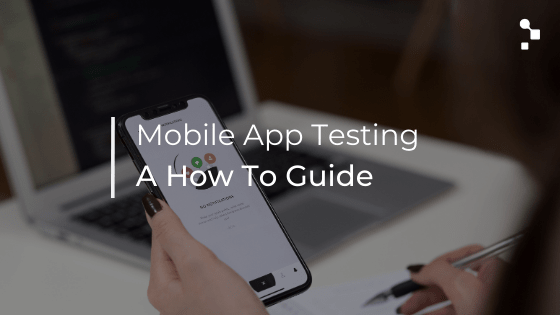 How to Test a Mobile App: A Beginner’s Guide

According to Statista, between January 2015 and July 2020, application downloads have grown rapidly. In the last 5 years, registered downloads increased from 15.9 billion to 37.8 billion between both app stores. This growth isn’t slowing down any time soon it seems. A new Sensor Tower report revealed that consumer spending on mobile apps and app installs grew significantly during the first half of 2020, reaching $50 billion globally.

However, that doesn’t mean that all mobile applications downloaded by users end up being successful. For that and other reasons, it’s very important to test mobile applications in order to raise their level of quality and enhance the user experience.

Why is it Important to Test Your Mobile App?

The Different Types of Mobile Applications

Mobile applications are not as simple to test as desktop web applications as they’re more complex and varied. There are three types of mobile apps: native, hybrid and web. Let’s go over each of these!

A native application will run on the device faster and be more advanced in terms of functionality than a mobile web app, yet it must be downloaded before use.

Since native apps are platform-specific, they must be developed using specific IDEs (integrated development environments) and languages. Android uses languages ​​like Java or Kotlin and Android Studio or Eclipse as the IDE. Apple uses languages ​​such as Objective-C or Swift and XCode as the IDE.

A web application can be accessed through any mobile browser; this means you can use it without having to download anything. Just open the internet browser on your smartphone and navigate to the specific URL. Like web applications, mobile web applications are generally built with JavaScript, CSS, and HTML5.

Some examples of popular web applications are nytimes.com, medium.com, and yelp.com

Hybrid apps combine different features of native and web applications. They’re usually developed as a mobile web application using JavaScript, CSS and HTML5. Packaged in a native environment, the same code can be used for different platforms. Like native apps, hybrid apps must be downloaded from an app store.

What to Consider Before Testing a Mobile App?

Software testers and/or developers must take into account the following considerations before testing a mobile application:

What to Know About Mobile Device Simulators and Emulators

Simulators and emulators are limited in terms of what you can test. Therefore, you can’t use them to test the holistic user experience, but they are great tools for expanding test coverage.

A simulator like the one provided by Xcode simulates or imitates devices with an iOS operating system (like an iPhone or iPad). On the other hand, an emulator – referring to what Android Studio offers – acts as the configured device (running the Android operating system), emulating its operating system and hardware.

Another alternative is to use a cloud testing tool, although they’re paid. Some of the best options are Sauce Labs and BrowserStack. These tools offer the ability to test apps through their real device cloud services, mobile emulators/simulators, and live application tests.

How Do You Choose Which Devices to Test On?

This BrowserStack article includes lists that combine insights from the usage statistics of over 2 million developers on BrowserStack and the latest global market trends.

One of the basic packages that BrowserStack offers, “Starting Up,” includes the following devices:

With this set of devices alone, you can achieve the following market coverage:

Where Can You Download the Mobile Application You Want to Test?

Only available for iOS, Testflight is an application on the App Store that you must download and install on the test device. With an invitation from the developer, you can download the version to test.

Visual Studio App Center is a platform where you can upload and download applications. Its tools are designed for Android and iOS applications built on Swift, Objective-C, Java, React Native, UWP, and Xamarin.

APKs (Android Package Kits) aren’t limited regarding where they can be published, so you can use a cloud storage service such as Google Drive, One Drive or Dropbox.

How Can You Capture Evidence of Bugs?

If you’ve only used Android before, you may not be sure of how to take a screenshot on an iPhone, or vice versa.

For Android, the screenshot functionality is a native one and all you have to do is press the power and lower volume buttons simultaneously but, this combination may vary depending on the manufacturer.

If you want to go further than that and take a screen recording, this functionality isn’t native to Android. Some brands like Samsung, Xiaomi, and Huawei include it in their phones. Check out the many ways to do a screen recording on Android here.

If the test Android device doesn’t have this functionality, check out the following applications: Screen Recorder, Vysor and HiSuite (HUAWEI).

On iOS, the screenshot functionality is native and depends on the iPhone model; but you can take a screenshot in either of these ways in the image shown below:

The screen recording functionality is also native to iOS since the release of iOS 11 and is carried out as follows:

Types of Software Tests for a Mobile Application

Different apps will require several different kind of tests, but every tester should first take into consideration these ones when getting started:

These are the tests to focus on first since they ensure that the mobile application works as indicated in the requirements and/or user stories. Some of the functionalities to be tested are:

This type of testing focuses on ensuring that the end user has a good experience with the application. Usability testing ensures that the mobile app ends up being built in an intuitive and easy-to-use way. It’s advisable to incorporate users from the moment that the mockup or interface design is released and get their feedback on it.

Also, it’s a good idea to incorporate user acceptance tests (UAT) into the testing process. It’s vital to obtain feedback from users who do not know the application before going to production. Our role as testers is to help coordinate, prepare test scripts and guide users through UAT Tests.

This valuable feedback will help the business make decisions such as whether or not to launch the app to market already or make more changes beforehand.

When it comes to native mobile apps and some hybrid mobile apps, it’s necessary to check if they still work properly in offline or airplane mode as well as how they work with 3G/4G/5G or Wi-Fi.

The scenarios that can be tested during app connectivity testing include:

Nobody wants to wait too long and many users uninstall an application if it starts up slowly or if it takes too long to load the content.

These are some areas to pay attention to:

The scenarios listed above should be tested with a physical mobile test device.

Fortunately, you don’t have to be an experienced performance tester to obtain this information about an app.

There’s a free tool, Apptim, that captures performance data for you automatically as you explore the app.

Below, you can see what kind of performance metrics you can obtain from an Apptim report which is automatically generated after you finish performing functional testing with the tool. Click here to see a sample mobile test report from Apptim.

This type of testing ensures that the mobile application works as expected when faced with abrupt and unexpected events. There are many possibilities for an interruption, for example, when a user receives a call or push notification while using the app.

Some of the scenarios that can be tested are:

For this type of testing, it’s recommended to create a combined strategy between physical or real devices in order to get the right coverage.

You must define which versions of the operating system the mobile application supports and test the following:

Regardless of the type of application, every mobile app’s design must be responsive. Like desktop web apps, mobile web apps must be tested across multiple browsers. Some of the most popular mobile browsers are Safari, Chrome, Firefox, Edge, Opera, and Samsung.

Common incidents that are reported in compatibility tests:

Even the mobile app with the best concept in the world will be useless if users cannot download, install or update it effortlessly. Therefore, remember to verify the following:

Localization testing ensures that the mobile application works as expected in different markets, countries and regions. Some of the scenarios that we can test are:

From my experience as a mobile tester at Abstracta, here are some key takeaways to sum up all of the above:

There you have it, an introduction on how to test a mobile app! If you need more help to get started or determine the right strategy, Abstracta’s test engineers are here to help! Contact us today.

This article is translated from its original version (in Spanish) published on the Abstracta Chile blog. 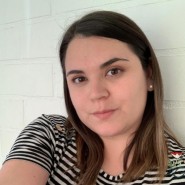