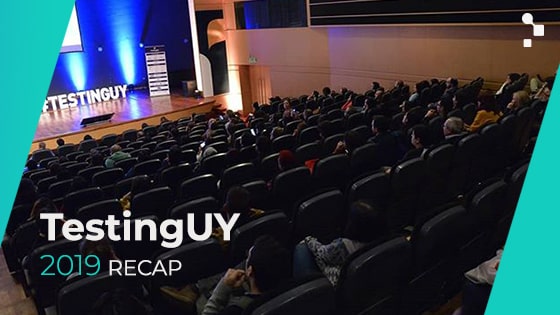 TestingUY 2019 Recap: Bigger, Better, and All About Agile

This May, Montevideo hosted what felt like a party for testing in Latin America. In this sixth edition of TestingUy, the two day event gathered some 600 people from many parts of Latin America (We met people from Uruguay, Argentina, Brazil, Peru, Ecuador, Colombia, Venezuela, Cuba, Costa Rica, and also from France, Canada, the United States and Croatia, wow!).

Their first time ever in Uruguay, we were visited by testing thought leaders, Melissa Eaden and Janet Gregory who led tutorials and sessions as well as Lisa Crispin who participated remotely, even giving the closing keynote (so her leg could heal!). Melissa Eaden is the “EditorBoss” at Ministry of Testing (with whom TestingUY has partnered to run testing meetups in Uruguay) as well as a consultant, writer, and tester at Unity. Janet Gregory and Lisa Crispin are who we called at the conference, “Las Madres del Agile Testing” because they wrote together two of the most foundational books on Agile testing.

You might be thinking… Why Uruguay? Well, although we are a country of just 3 million people and 12 million cows, we excel in the areas of enjoying a high quality of life (compared to our neighbors), the art of grilling meat, and… yes, testing! Read more about our growing tech hub.

Here’s a recap where I personally reflect on some of the ideas that were shared in a few of the talks at TestingUY.

The event kicked off with a talk by Janet Gregory which wasn’t centered on agility in itself, but on the impact of company culture and human interactions on applying agile methodologies in different contexts.

Something to note that Janet mentioned was that it’s important to know where the problem is; that is, if the problem is with the testing team, or if it comes from another area. For example, when you want to do many things concurrently, there will be many projects, but few testers. So, several projects will be assigned to each tester, which is counterproductive. Not knowing how to assign priorities is an organizational problem.

There are also other problems that testing teams confront such as the integration of the system that they are testing with many other systems, too many dependencies, separate testing teams, making assumptions or not knowing who to ask about certain things.

Janet highlighted the importance and value of planning and mentioned two tools for solving problems when there are several testing teams:

She also commented on certain important aspects that make the difference when it comes to working and achieving objectives, such as:

At the end of the talk, Janet was asked what was the biggest challenge she’s had when implementing agile methodologies.

She shared that making her clients understand that the issues they are facing while implementing agile methodologies most likely do not lie with the testers, but in their organizational processes.

For example, the real issue could be that the user stories are very long, or that they aren’t testable, thus over-complicating the task of the testers. She added that she even had a client call asking her to work with their testing team pleading, “Can you come fix our testers?”

This talk resonated with me, since I have been in organizations in the past that meet all the shortcomings or problems that Janet mentioned. A very interesting talk, I recommend it mainly for test leaders and business leaders in general. 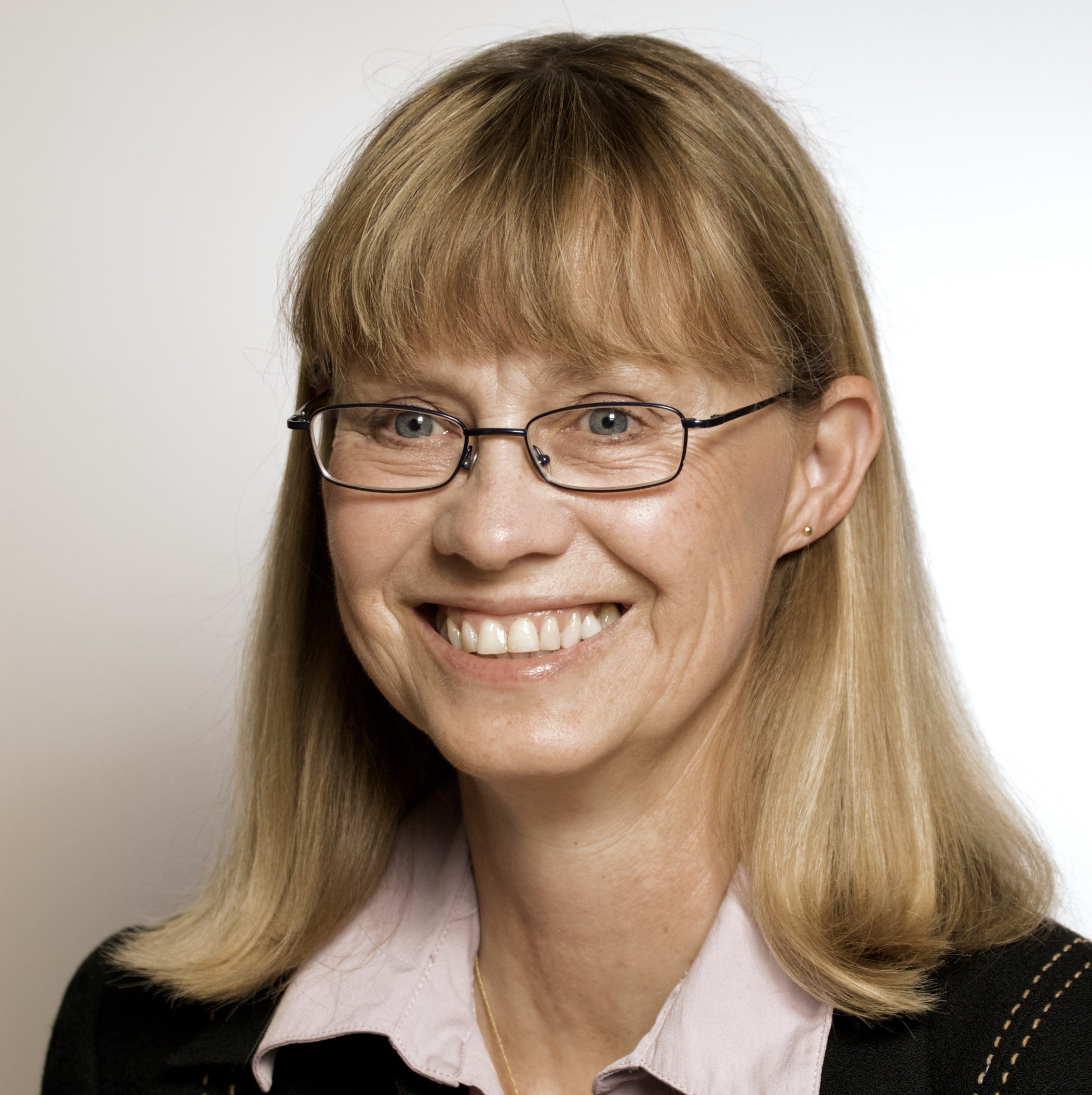 Abstracta’s COO, Federico Toledo, shared with us a variety of techniques that can help us manage chaos and begin to organize our time better in order to be more productive in a way that can positively impact our quality of life. Some of these techniques are more applicable in the short term, others in the long term, and some, easier said than done!


Ways to Increase Your Productivity

Reduce distractions to achieve a state of flow: The flow state is a mental state in which we are motivated, focused and so immersed in an activity that we even lose track of time and what is going on around us. To achieve the flow state, it’s necessary to have zero distractions. The different things that can take us out of the flow state can be, for example, cell phone notifications, checking our email frequently, etc. For this, Federico recommended turning off notifications and putting our phones on silent. With regard to smartphones in particular, I liked the comment he made,

Long-term planning and goal setting (annual): I think long-term planning can be difficult because of an idiosyncrasy issue. Federico even admitted it himself, “long-term personal planning is not in our culture.” In my opinion, the best way to adopt this technique is to do it gradually. That is, begin to plan in the short term, then gradually plan further until we are able to plan our lives for the entire year.

Other ways to increase productivity:

Federico closed his talk with this excellent observation:

“Any optimization that is not about the bottleneck is an illusion of improvement.” Federico Toledo Click to tweet

This talk by Melissa Eaden was incredible to me. I loved it. According to her, the talk is based on her post Ready, Tester One? * Go! *, which I invite you to read as it’s very interesting.

The central theme is about the development of a tester’s career and the skill levels that can be obtained, where testers come from and where we are going.

In general, testers work in a department related to the product or the business, but not directly in testing. And usually, after going through years of testing and acquiring certain skills, we end up becoming developers, product managers or something similar. This happens because when someone is very good at testing, they end up being promoted to a different, yet more senior role; as if it were another step up the career ladder.

But why can’t we stay in testing if that’s what we like?

Melissa also raised the general question about whether or not you have to know how to code to be a “technical” tester. According to her, this view is flawed since there are many other types of technical skills, such as knowing how to interpret an http error code.

In the talk, she described five levels (and the respective skills needed) that she believes exist in the testing career path.

At the end of her talk, I asked:

“Can anyone be a tester?”

Her response was perfect: 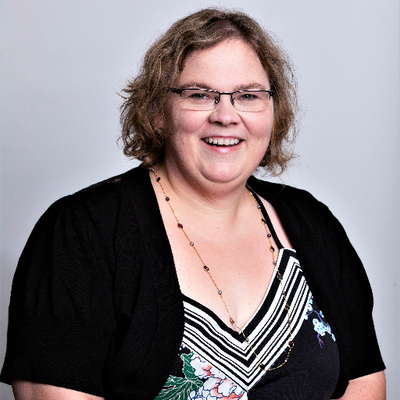 “Anybody can do testing, but only a tester can do good testing.” Melissa Eaden Click to tweet

Testers as Test Consultants: How to Learn the Skills? – Lisa Crispin

As the title indicates, Lisa’s talk focused on testers as testing consultants; what skills are needed to be one, how to learn them, how to share them and how to help others do the same. For example, communication skills, knowing how to share ideas, facilitating communication among team members, etc.

To learn these skills she recommended self-learning (reading books, going to conferences or meetups related to the subject, learning by teaching) and also approaching teammates to get to know their skills, approaching technical specialists, designers and Product Owners.

Lisa mentioned some common problems and challenges that are found in work teams and how we can help overcome them by becoming “consultants”, sharing and transferring our knowledge, even to people on the team who aren’t testers.

She gave some ideas of certain skills that we can transfer to the team while acting as consultants, such as having a talk about software quality, discussing with the team about its “Definition of Done”, spreading awareness about the language used in testing (terminology), “the curiosity of the tester”, and so on.

Other aspects that we can transfer to our team as testing consultants are ways to build quality such as: planning the implementation of new functionalities, analyzing the use of software in order to improve it, or analyzing risks to identify where to focus testing.

One technique that Lisa mentioned as an effective way of working was the three friends technique to generate shared understanding. This technique can be applied in pre-planning, for example. The “three friends” could be members of the development team, the business team, and the testing team; although if necessary, members of other teams such as design or infrastructure could participate.


One skill that Lisa mentioned that caught my attention was observation. That is, when there is a problem, step aside and observe without interfering, then give feedback to help solve the problem. I realized that I have done this out of inertia, and at times it has been an important added value to the team.

One of her best quotes was: 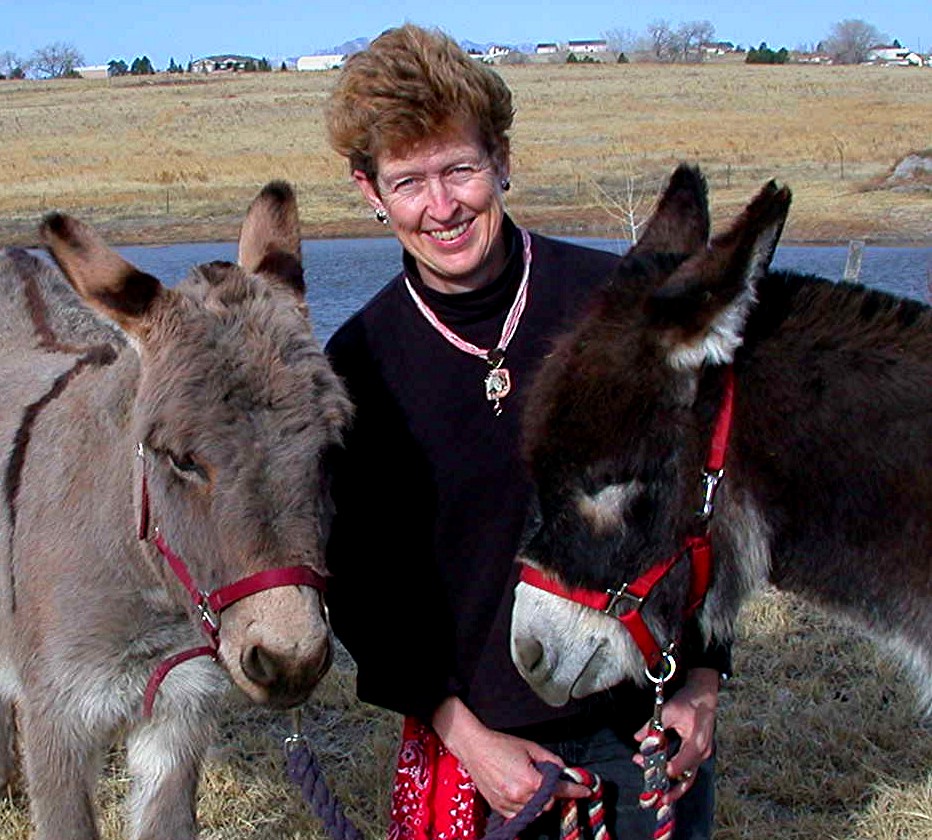 Claudia Badell, a software engineer at Infragistics (and one of our Latina testers you’ve got to know) told us about the different challenges that arise (and 5 lessons learned) when we want to incorporate testing in an interdisciplinary team, adopting testing as part of its culture.

1) Where to start; what to do to start incorporating testing in an interdisciplinary team.

2) Discover what the team’s skills are and how to strengthen them to make the most of them.

1) Build a common understanding about testing at the team level: It is important to have the same language so that there is good communication.

3) Have a common understanding about the “Definition of Done”: The team should be aligned in order to know when something is finally done. Claudia’s team bases its “Done” criteria on: Complexity of functionality, risk of the solution, and value of functionality from the business perspective.

4) Be the owner of your work process: Ensure that each member of the team knows the work process, sees the opportunities for improvement and applies them according to the needs of the team.

5) Testing is a team responsibility, not just the responsibility of the tester: The tester is a facilitator and evangelizer of testing.

In this talk, Claudia spoke as a consultant and gave us some tips that we can apply in the real world. Keep in mind that these lessons were learned by Claudia in her 13+ years of experience as a tester. If Claudia said it, then it’s true and it works!

I loved the way she wrapped up her talk: 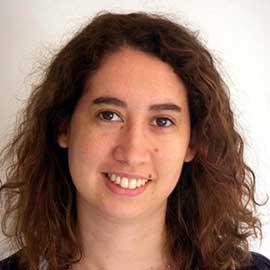 In general terms, I think the event was a success! We had a range of workshops and talks for all preferences. I think the content of the talks by Janet Gregory, Melissa Eaden, Lisa Crispin and Claudia Badell complemented each other perfectly.

Personally, I love TestingUY. It left me feeling very excited and motivated about my career and it served as a huge reminder that I chose the right field for me. I had the opportunity to learn a lot, to meet colleagues from other countries that I’d never known before, to talk about what we like and what impassions us: Software Testing.

If you didn’t have the pleasure of attending this year’s TestingUY, make sure to plan ahead and mark your calendar to come to the 7th edition next May! 🙂

Luckily, anyone can watch the sessions which were live streaming during the event. Check them out on the TestingUY Youtube channel. In the following weeks there will be a separate edited videos for each talk, but for now you can get a first peek with the raw recording.

Uruguay: The Best Hub for Software Testing Engineers in Latin America?
TestingUY 2017 with Michael Bolton: A Week of Pure Testing 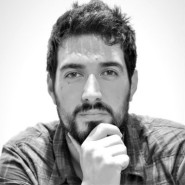