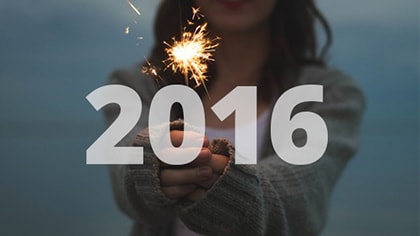 9 New Year Resolutions Every Software Tester Should Have for 2016

Some things testers can do to be successful in 2016

New year, new you! Isn’t that what they all say? Well, here are some software testing new year resolutions to become a better, more hirable tester and to help your company succeed in 2016 based on future trends in testing.

Ok, I lied. Resolutions are horrible. Know why? Barely anyone ever keeps them! A better strategy for personal growth starts with simply writing down your software testing new year resolutions as specific goals and turn them into action plans.

Here’s why: Harvard conducted a study in which it surveyed a group of its MBA graduates asking how many had concrete, written goals. Of the respondents, 3% had goals written down somewhere, 13% had goals somewhat set in their minds for the future, and 84% had no goals in mind. One year later, it turned out that those 13% with goals in their minds earned twice as much on average as those without goals. Even crazier, the 3% who had written down their goals earned, on average, ten times as much as the other 97% combined.

So, write them down! But, make sure your goals are S.M.A.R.T. This will ensure that you can actually achieve them. A good “smart” goal is to read one new software testing book per month. It’s specific (it’s super clear what you need to do), measurable (you either did read or you didn’t), action-oriented, realistic (that is, if you enjoy reading) and timely because it includes a time frame.

Then, after writing them down, create a plan for how to achieve them. What are some simple steps you can do every day? Every week? Month? For our example, you could select a day each month to go to the bookstore or browse online for new reads. Then, you can schedule time in your calendar for reading and stick to it!

So, take the following resolutions if you feel inspired by them and create a plan of action for each.

You probably heard this one last year, as agile increased in popularity in 2015, but if you didn’t quite get there this year, then now’s your chance (that’s the great thing about new year resolutions)!  According to the State of Testing Report 2015, 88% of respondents follow an agile or “agile-like” methodology. Adopting agile involves a cultural change that can’t take place overnight, but in the end, companies and employees that do, come out on top.

“Agile is all about the benefits of face-to-face interactions and collaboration over than just passing around documentation,” – QASymphony’s Kevin Dunne.

So what exactly does an agile tester look like? According to “Ten Principles for Agile Testers,” from DZone.com, agile testers apply agile values and principles such as feedback, communication, courage, simplicity, enjoyment, and delivering value in order to help the team identify and deliver the customer requirements for each story.

This piggybacks number two, as automation is a key player in agile development. According to the World Quality Report 2015-2016, the reliance on manual testing was seen as the top challenge of app development. It also indicated that the average percentage of test case automation has increased from 28% to 45% since 2014 and will continue to grow in 2016. If you want to release software quicker and better detect bugs, identify which test cases are good candidates and go for it! Remember, you can never reach 100% automation, but aim to automate as many as possible. Make sure to hone your automation skills to move to an environment of continuous test automation as that will be one of management’s top priorities.

4. Get Rid of False Assumptions That Hold You Back

Do you believe any of these fallacies about testing that we wrote about in this StickyMinds article? Liberate yourself from all false beliefs you may have about testing! For example, resolve to never act upon the comparison fallacy: making conclusions about one test environment based on another. For example, you can’t duplicate servers to duplicate speed. Neither can you simply increase memory to increase the number of users supported.

Read articles from testers that hold differing viewpoints on topics. Investigate for yourself what are the best testing philosophies and methodologies.

One of the testing team challenges reported in the State of Testing Report 2015 was communicating the value of testing. When departments work closely together and collaborate, the value of testing will become more widely known throughout the organization. Spend some time with developers and business managers to learn more about their roles. It can only benefit you as a tester to spend time with developers, picking up some of their programming skills and with business managers to gain a greater understanding of the desired user experience of the application. In the end, they will develop a greater appreciation for testers.

According to Google, mobile searches have surpassed the number of searches that come from desktop in ten countries including the US and Japan. It is every company’s business to have mobile-friendly sites and applications that work just as well if not better than on desktop. So, if you are good at mobile testing, you will have more opportunities available to you in 2016.

Whether you are testing native apps or HTML5/web interfaces for iOS, Android or other platforms, the tools, books and online resources listed here will help you get started with mobile testing and related best practices.

Tip: A tool I’d like to mention that you can share with anyone who wishes to test their Android app is Apptim. It’s a no-hassle way to troubleshoot your app.

7. Take an Online Course to Learn Skills High in Demand

Lacking some of the skills to make resolutions 3 and 6 happen? Take some courses to sprinkle your resume with just the right words to become more competitive in the job market or to become a more valuable asset to your team. Figure out which hard to find skills are sought out by companies in your country and then find online courses or workshops that teach them. For example, Java is the most popular automation framework worldwide, but in Europe, Cucumber and Ruby are the next most popular test automation frameworks. So, if you’re a European tester, you may benefit from learning them.

Constantly continuing your testing education may make the difference in whether you get hired/promoted or not.

8. Engage with the Testing Community

Being involved in the testing community boasts many benefits including gaining precious knowledge, seeing how others’ methods may be better (or worse) than yours so that you can improve (or feel good about yourself!), making useful connections, and more.

There are so many ways to get more involved in the testing community. You could:

Last but not least, be an agent of change in your organization to improve your team, keeping up with the latest trends and innovations in testing. Share industry reports, articles, online courses that you think others would benefit from, and foster communication among different departments. Testers are important people in any organization and have the power to make a large impact!

From everyone at Abstracta, have a safe, happy new year!

The Career Path of a Software Tester: An Infographic
How to Make a Performance Test Plan