Achieving innovations in software testing is crucial in Abstracta’s path. With this focus, it is possible to make relevant contributions to the IT industry, that are able to modify work dynamics, increase the quality of digital systems and thus impact the lives of millions of people.

Testing is not just making tests. It is also learning to awaken curiosity, to pay attention to every little detail, in order to be part of the creation of software of the best possible quality.

“We have more and more demanding users, as well as more and more devices, operating systems, data networks, and technologies that force us to rethink the way we build with quality and speed. That is why it is so important to innovate in software testing. Adapting quickly to changes in order to take advantage of opportunities or face difficulties is fundamental in this changing world“, explained Matias Reina, CEO of Abstracta.

Innovations in software testing are so important to Abstracta that, in fact, they were the driving force behind its creation. Abstracta was created more than 14 years ago after identifying a clear industry need: to make test automation simpler in applications where it was more complex, such as GeneXus.

GXTest was Abstracta’s first product. Although the company later focused on the area of services and consulting, it was always at the service of improving software quality. And, as part of that, the innovations never stopped.

“Since its beginnings, Abstracta has put a lot of emphasis on R&D. We have teams that develop testing tools, both in-house and for clients, and we support open source testing tools. Innovating in testing is part of our DNA and examples of this are GXTest and Apptim, innovative products that we have launched from Abstracta to improve the way in which we test different types of software”, emphasized Sofía Palamarchuk, partner and member of Abstracta’s management team.

“This is how Abstracta was born, innovating right there where tools and practices for good software testing where needed. At the same time, generating a community around the practice. And helping train many people to adopt this innovation, which is also fundamental to make the whole process work and reach the final goal,” said Federico Toledo, COO of the company.

“We not only give relevance to our own innovations, but we are also constantly monitoring what is happening in the market: trends, new tools, technologies, practices, and skills needed to be able to manage software quality in the best way. And thus ensure that our partners, customers, and ecosystem are taking advantage of the advances in our area, wherever they come from”, he continued.

In the same line, Matias pointed out: “It is very important for Abstracta to have the ability to understand the market, its trends and from that bring new elements to the table. That ability to analyze and take action, innovate and add value is something we value very much, always thinking about having a significant impact on the way we build software”.

In 1st Person: Innovations in Software Testing at Abstracta

In the following, we present Abstracta’s most significant technological innovations throughout its history.

✔️We developed GXtest, the only solution for running unit and integration tests in GeneXus, which has been around since Abstracta’s founding

✔️We developed Monkop (currently Apptim). We managed to make a SaaS that autonomously looks for improvement opportunities in a mobile app. This innovative approach Google did not have at the time and later incorporated into its Playstore. We patented part of this solution.

✔️We learned about CI/CD performance testing from one of the most advanced Silicon Valley companies in the field. We managed to dump the acquired knowledge and experience in other organizations.

✔️We published “Introducción a las Pruebas de Sistemas de Información”, the first book in Spanish that focuses on technical aspects of testing, authored by Federico Toledo. Over time, it has become a reference book for the testing community and is used as study material in university courses in Latam and Spain.

✔️We gave talks at some of the most important testing events in the USA and Latam, such as StarEast, CMG Impact, WOPR, Agile Testing Days, Argentesting, Testing Day Chile, Nerdearla, TestingUy, Encuentro GeneXus, and many more.

✔️We host the most recognized personalities in the industry, such as Lisa Crispin and Michael Bolton, among others.

✔️We created the maturity model for continuous testing that is used as a reference by large U.S. companies.

✔️We created several technologies together with Blazemeter, which are a great contribution to the open source performance testing community. Among them, ShiftLeft Converter, a great contribution that allows easier migration to open source tools, and several JMeter plugins, released as open source code, to give more support to various protocols. We also developed a browser extension that allows recording functional and performance scripts, then running them in the cloud and allowing to watch a video of the execution of the scripts.

✔️We developed JMeter DSL, which has 70 thousand monthly downloads and 238 stars on Github. The initiative is generating a lot of traction and interest in the industry, so it is allowing us to weave new networks and strengthen some existing partnerships.

✔️We developed Wiresham, a tool that makes it easier for us to automate tests when developing JMeter plugins. Then, we decided to release it as an open-source product.

✔️We supported the birth and construction of Oculow, a spin-off of Abstracta, with the goal of performing visual testing for AI-assisted website test automation.

✔️We helped with the testing of CoronavirusUY, helping in record time to develop it and collaborate with other companies in the environment.

✔️We participate in the testing of a wide variety of high criticality systems, adapting to different work contexts and methodologies. We prepare and execute performance tests in globally distributed infrastructures with demand beyond what we ever imagined, thus contributing to making systems work faster and with fewer resources.

How does the IT Industry Benefit from Innovations in Software Testing?

Roger Abelenda, CTO of Abstracta and leader of the company’s latest innovation (JMeter DSL), explained it this way: “It is critical to minimize the tasks that are tedious or that we know we can do better, to focus as humans on challenges that allow us to get more out of our qualities, such as creativity and inventiveness. Through tools focused on testing, we can improve the efficiency levels of existing processes and collaborate with the construction of better quality software for the future.”

Federico also highlighted the role of testing in improving software quality. He pointed out that, even though there are more and more advances in Artificial Intelligence, it is not possible to observe a real improvement “without a critical and empathetic vision such as the one provided by testing“.

“As an industry, testing helps to grow, to deliver faster and with less rework, a better image, lower risk, and controlled costs. Which at the end of the day, it allows us to move more and better towards what is important for the users and for the business, in addition to continuing to generate technology that has a greater impact every day,” he said.

“The great benefit that the industry gets from innovations is to grow and adapt to change more quickly. If software development is achieved more efficiently and with quality through innovations in testing, IT companies can grow and scale their products/services, making the whole industry grow”, concluded Sofía.

In need of a testing partner? Abstracta is one of the most trusted companies in software quality engineering. Learn more about our solutions, and contact us to discuss how we can help you grow your business. 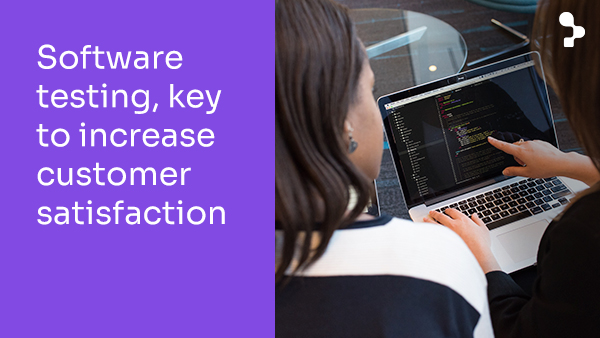 Why should software testing services be a priority for today’s marketers and CX professionals? Software testing is an essential link for the creation and development of quality software, with platforms capable of delivering better digital experiences.  Software quality and the focus on customer experience are… 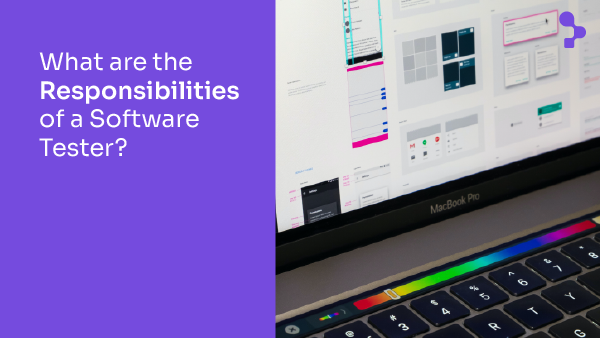 What are the Responsibilities of a Software Tester?